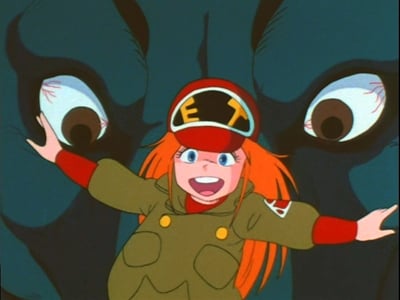 While scouting out a new campsite, Stick, Rey, and Mint fall into one of the Invid leader's "Genesis Pits" where she is doing strange experiments. Dinosaurs, monsters, Invid, and possession are all part of the evolutionary experiments conducted by the Inbit leader, the Refles. Rey figures that the Refles is trying to figure out what the dominant species on Earth is and how she can exploit it. Stick and Rey find out, through the Refles' possession of Mint, that the Refles plans to exterminate the humans in favor of the Inbit's ultimate life form.