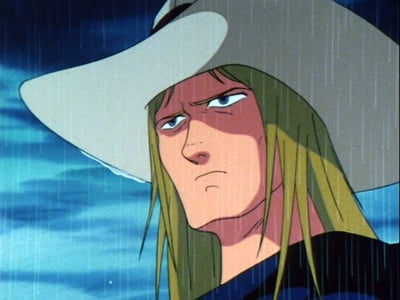 The gang is close to Reflex Point, but they have to deal with a local problem first. A seeming madman is killing all of the soldiers in the sector, and Stick's group vows to end his killing spree. However, after Houquet and Rey have a run in with a mysterious man called Rainy Boy, they begin to doubt the legend of the random killer. The posse assembled to bring down Rainy Boy brings also the wrath of the Inbit, and Stick's group see the awesome power of the Inbit, and how lucky they are to have gotten so far. Houquet convinces Rainy of the error of his mission and he dies while saving his new friend. Conversation with Rainy Boy provides insight into his psychosis, and also insight into the limits of human friendship. The group presses on. They can feel how close they are to Reflex Point.