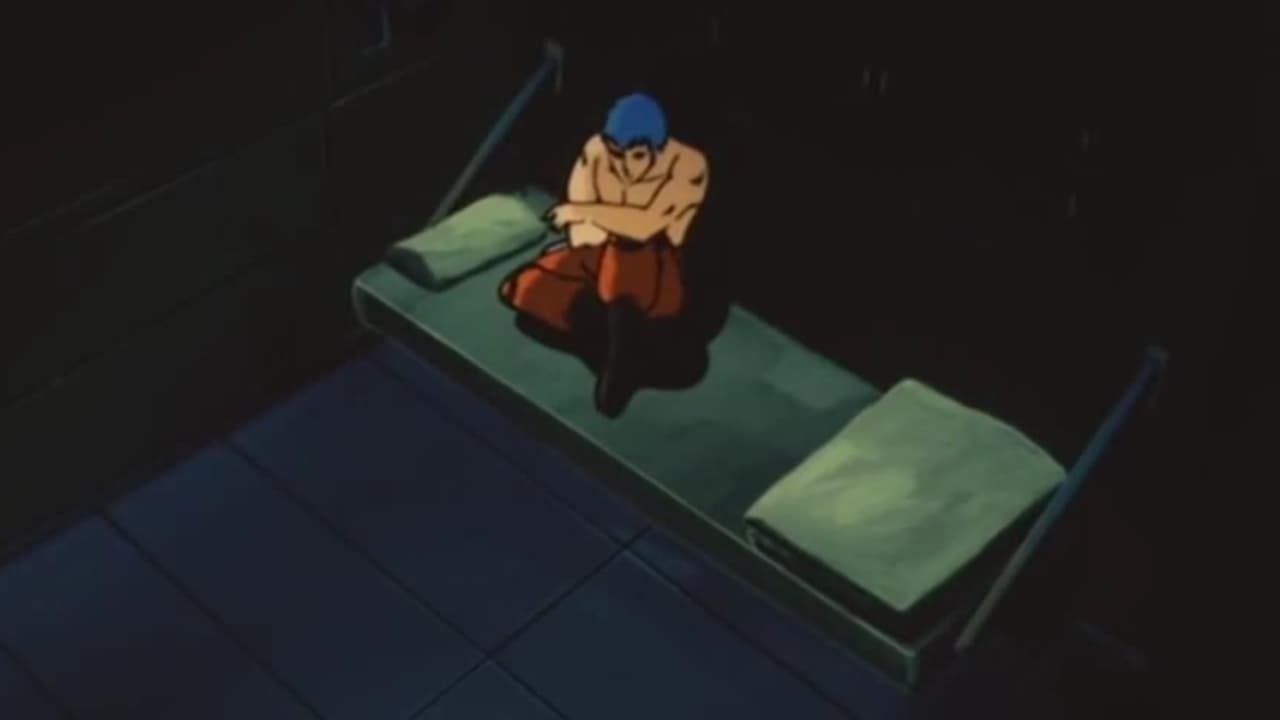 "Chirico! Chirico Cuvie! Answer me! From where dost thou come? Who ordered you to come to Uoodo? Why are you in this city?" Chirico thinks he hears the voice of God, but it is instead Serge Borough, who is working with Iskui for the Secret Society. Chirico is now their captive in the impregnable police tower. Outside, Vanilla plans to bust Chirico out. Later, Vanilla bribes a cop for the blueprints to the tower, and Coconna brings Gotho to meet with him. Together, the three pool their resources and tunnel through the city's sewer system using an industrial laser from Gotho's arsenal. Just as Chirico is taken from his cell for another round of interrogation, his rescuers arrive and whisk him to safety. They recover at Gotho's scrap yard, and a call comes in - for Chirico. He is offered another chance to fight a Battling match, this time against an unknown opponent for big money. Chirico accepts, and the opponent turns out to be Captain Oriya, another commander from Lido. Borough and Iskui watch from the shadows, determined to see Chirico die. Chrico wins again, but just as Oriya agrees to reveal the secrets of the mission, Iskui orders his troops to open fire. Chrico barely escapes, and spots a limousine driving away, carrying The Phantom Lady in its back seat. Her presence here cannot be a coincidence. "As I saw the limousine speed away through the flames, I couldn't help thinking how incongruous it looked amidst the battle..."