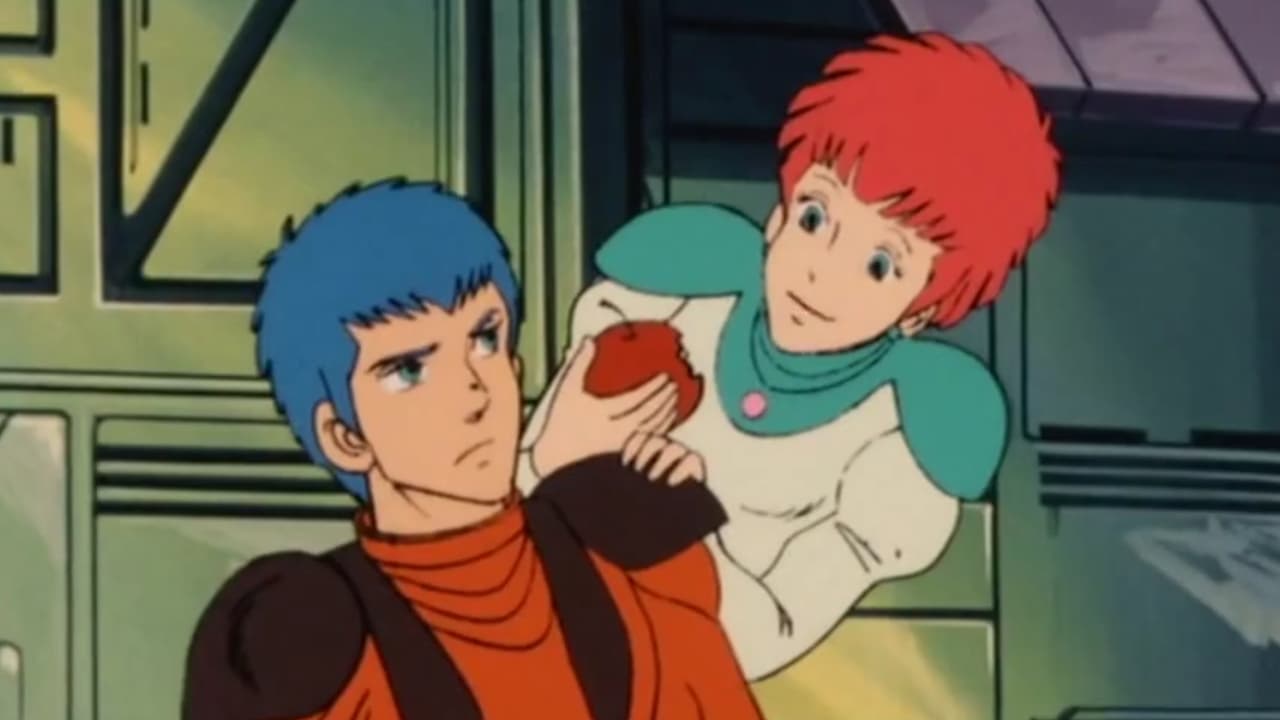 "My endless wandering since deserting the army had brought me to the city of Uoodo. And I was now in trouble with the Boone Family, a gang of thugs who ran the city." The next morning, as the Bone Family begins to scour the city for Chirico, he awakes and meets Bouleuse Gotho, the owner of the scrap yard. Gotho serves him breakfast and discusses his plans to salvage some of the ATs he has found. Coconna drops by, hoping to buy a meal with gossip from the streets. Elsewhere, a new chief of police takes residence in the city's central tower: Gimual Iskui, a member of the Secret Society. Iskui immediately hatches a plan to deal with the troublesome biker gang. Chirico goes to work repairing one of Gotho's salvaged Scopedogs. Vanilla Vartla arrives, wanting to buy guns now that the city is crawling with hostile bikers. Intrigued by Chirico's expertise with the Scopedog, Vanilla starts to ask questions. Coconna returns with news of the bikers, and Chirico brings the Scopedog to life. He marches out to confront the Boone Famil - and proves more than a match for them in his AT. Just as they rally to destroy him, the police spring a trap of their own, ambushing the gang and turning the street into an inferno. "The flying bullets, the flames. Before my eyes lay a scene so familiar to me. I was back on the battlefield...I and my VOTOM."