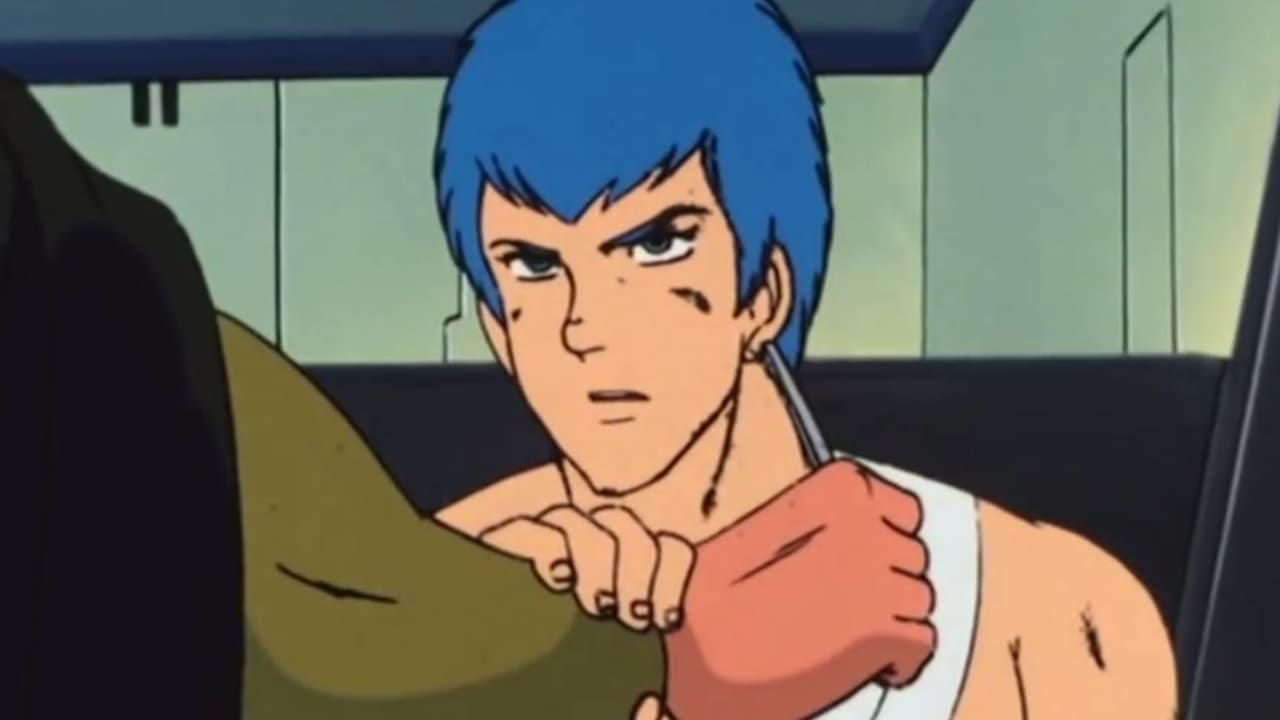 "Since deserting the army, I'd come to the city of Uoodo. But this battleground city was like hell itself...and contained every level of depravity." The Melkian spy network notes Chirico's predicament and dispatch a rescue order. Firefighters leap into the fray, dousing Chirico's AT with foam, and just as quickly disappear. Gotho arrives, curious about who saved Chirico's life. Later, Gotho patches him up and makes a business proposition. Chirico's skills could be put to good use in one of Uoodo's Battling arenas, where AT pilots fight in mock combat. They go to an arena, where Chirico notices a mysterious cloaked woman who Gotho calls "The Phantom Lady." He introduces Chirico to the other Battling pilots, who take offense when Chirico berates their sport as "play fighting." One pilot challenges him to a match, and Chirico accepts. Afterward, though, another pilot steps in to take over - Lieutenant Conin, from the Lido operation. Now working for the Secret Society, Conin is determined to kill Chirico in the arena, but Chirico proves the better warrior. Gotho's joy in Chirico's victory is short-lived, however, when Iskui's police arrive to take Chirico into custody.