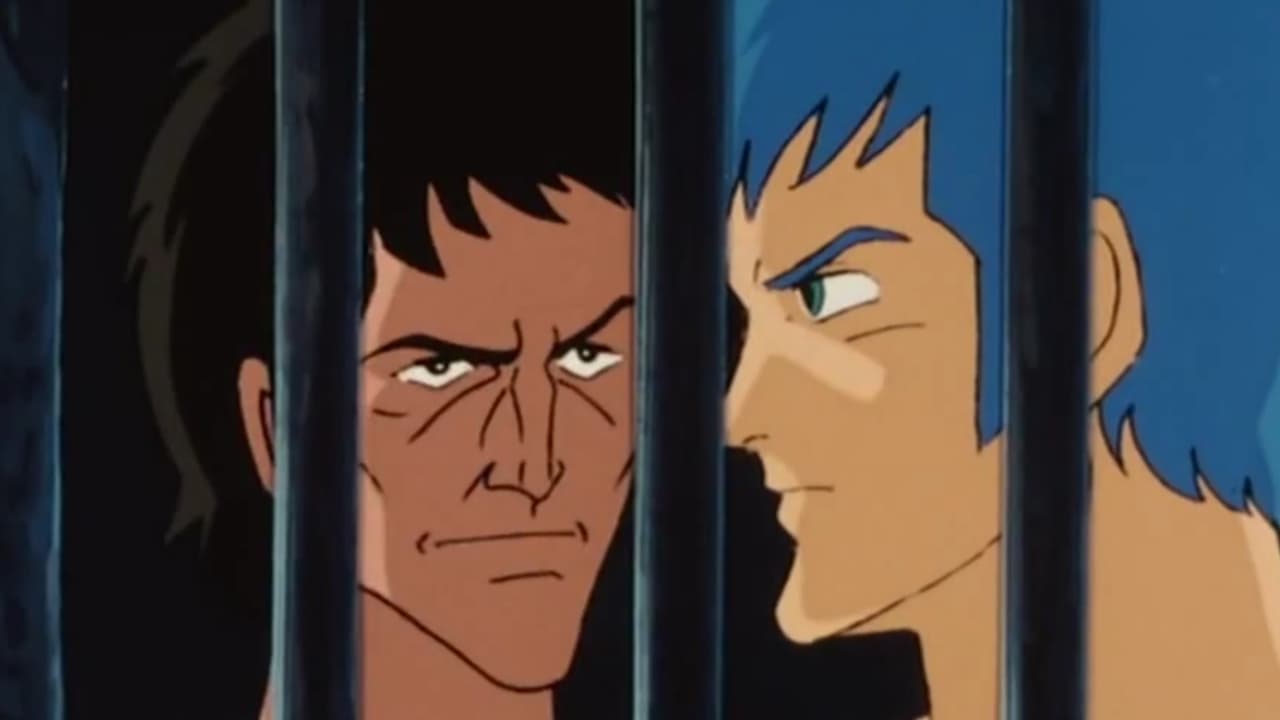 "The armistice which finally ended the Hundred Years War was signed right around the time I deserted the Melkian army. That was six months ago. I had slipped away from the military's eyes...and lost myself in the crowds in the city of Uoodo." A Melkian satellite tracks the progress of Chirico (now called "Program K"), as he enters the sinister Uoodo City. Mere moments later, he is caught by a gang of bikers who toss him into a truck along with other victims, and roar away to evade the Uoodo Security Police. Taken to the bikers' fortress on the outskirts of the city, Chirico and the other slaves are forced to dig for jijirium in the ruins of a computer factory. Later that night, the police pay a call on the fortress. Uoodo's chief of police has come to inform the gangleader, Boone, that their arrangement must be dissolved - now that the war no longer serves as a distraction, he can no longer turn a blind eye to the slave raids. Boone attempts to bribe him with even more riches, but a sudden slave uprising takes all of them by surprise. Grabbing a motorcycle during the confusion, Chirico escapes back into Uoodo, chased by bikers. The Melkian spy network intervenes, and Chirico falls into a scrap yard. He climbs into the wreck of a Scopedog, the only shelter he can trust. "It was a place that held a familiar scent for me. With only the cold feel of metal on my hands, a once-dead warmth now glowed to new life inside me. And, feeling as safe as a child held to its mother's breast, before I knew it I was fast asleep."