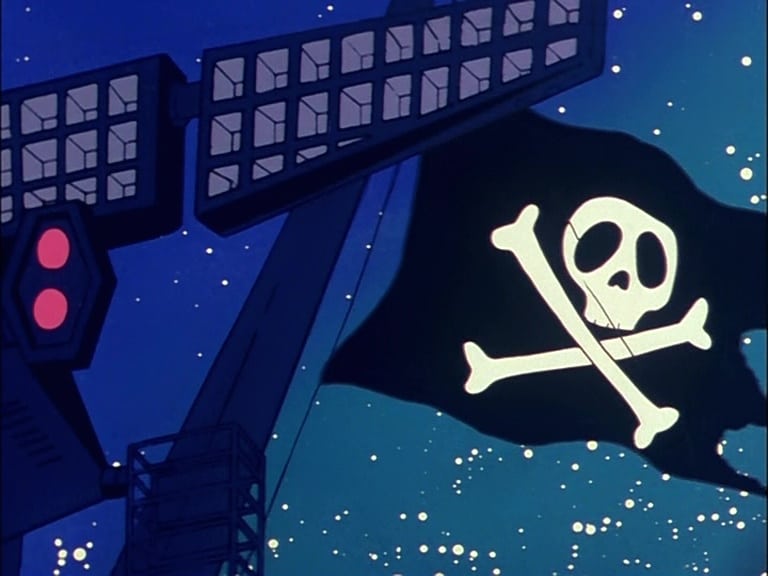 The Jolly Roger of Space

2977 A.D. Mankind has developed the technology to head into space. They've created robots to cultivate foodstuffs on other planets and live in an age of unprecedented gluttony. Mankind receives all its food from the government and is kept in check by the government's use of hypnotic signals emitted from the television. Even high-ranking government officials have tossed their duties to the road and live a life of horse-racing and other indulgences. Captain Harlock, a space pirate known throughout Earth, is the only man who sees the impending crisis approaching. The only men who heed Harlock's words are the members of his crew on the space ship Arcadia.