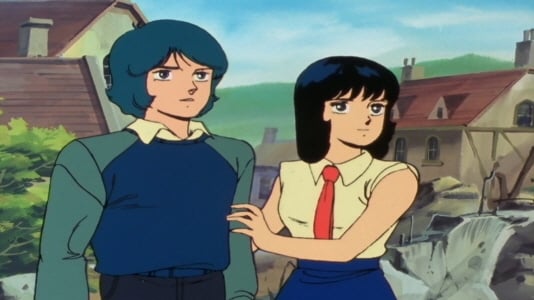 In this episode, the Ahgama travels to La Vien Rose after a colony is dropped on Dublin Ireland. There, Captain Bright is accused of training newtypes as pilots. He is banned from commanding the Ahgama anymore. After that, The Ahgama is given to the forces of Karaba. It is replaced by a new ship; the ""Nehru Ahgama"". While loading all of its equipment, the Nehru Ahgama is attacked by Neo Zeon pilots Dale, Danny, and Deune. Judau and the others attack, defend, and defeat the enemy pilots. During the battle Judau senses Rheena is still alive using newly developed newtype capabilities. {By the way; the name of the episode is ""New Ahgama"".}