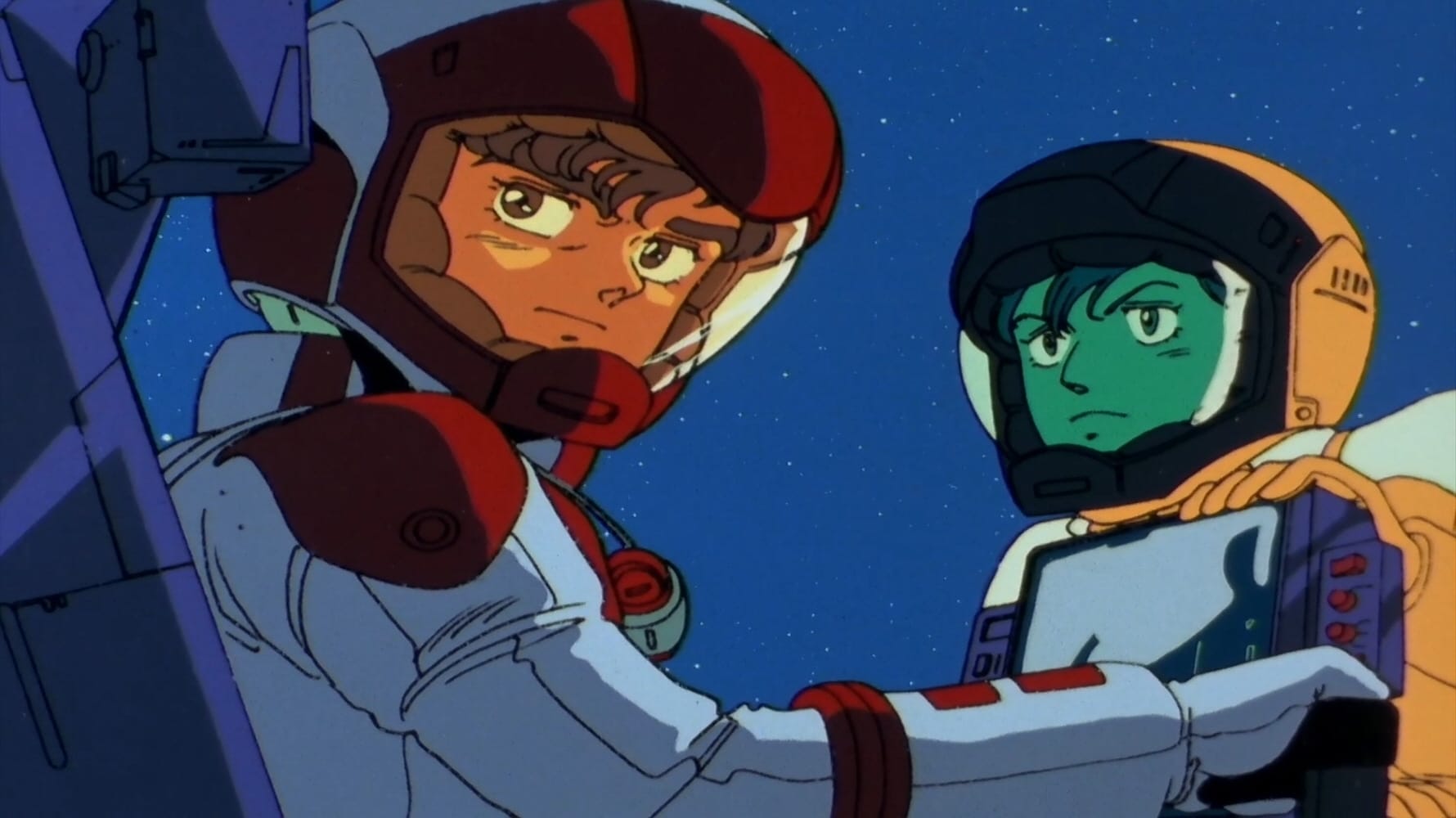 The episode starts with another Voice over - Judau tells us that the Ahgama is now in orbit of the Earth, and could be attacked at any time. We also see something being delivered to the ship, Quattro Bajina's Ms - the Hyaku shiki (Type 100). Bright and Mika are talking, and Mika tells us that AEUG's high command have ordered that the Ahgama destroys the Sandra before it reaches Earth with it's main cannon. Beecha and Mondo suggest a plan to Judau, which is to attach bombs all around the ZZ, so the enemy won't attack, and he can get Lene back. However, when he goes to install the bombs, they laugh and tell each other they can't stand him being the hero all the time. Onboard the Sandra, Haman tells them to stop broadcasting Minovsky particles, that they should let the Ahgama come to it's death. Various mean looking people are seen and Haman gives a speech to her men, then a dark-skinned man gets into an MS called the Dreissen, and goes to attack the Ahgama. The ZZ launches, and gets to