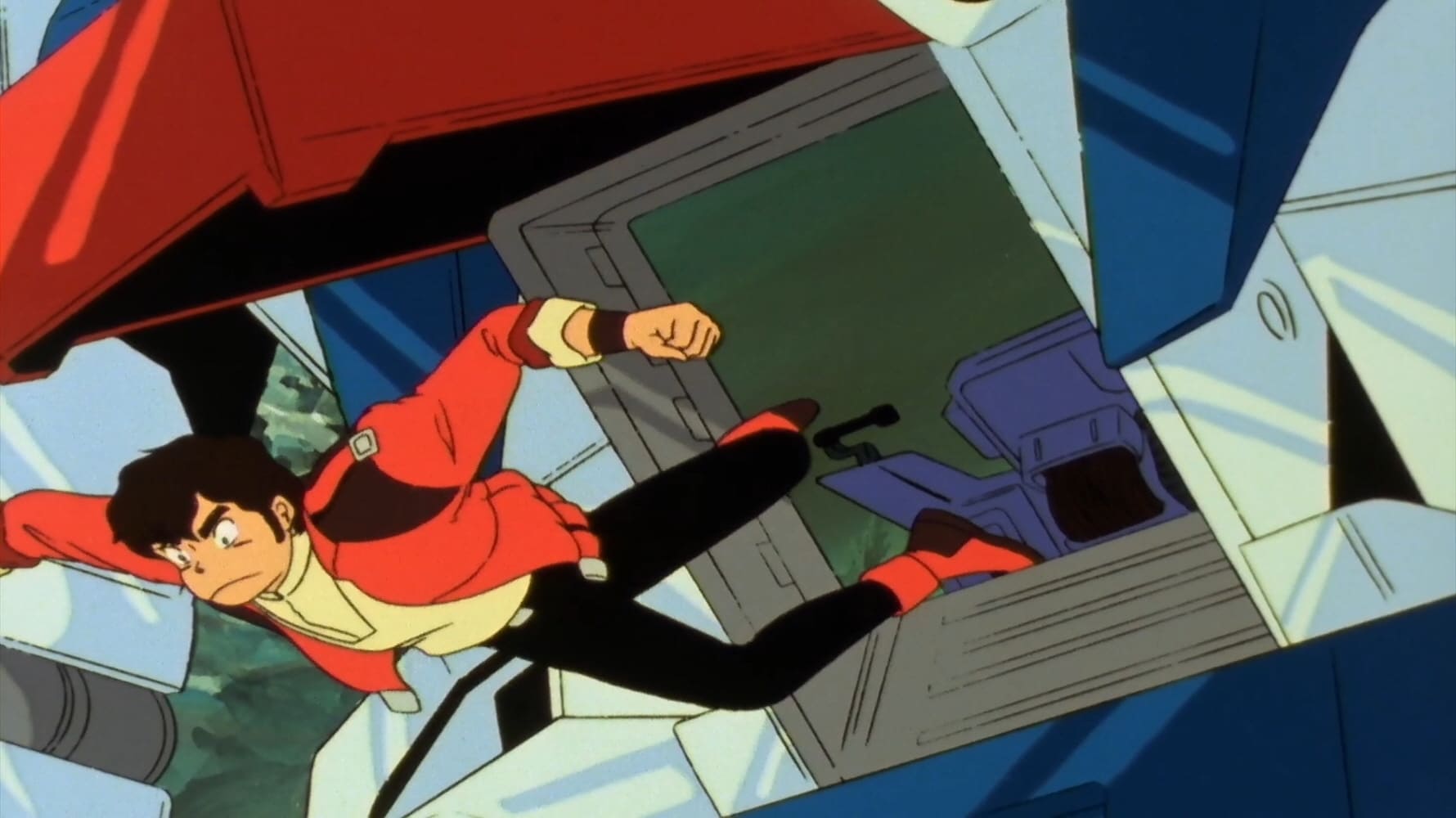 The Boy of Shangri-La

The episode starts off with Judau Ashta flying through a pile of space debris in a mini mobile suit looking for parts to salvange. He comes across a fully intact escape pod and takes it back to Side 1 with him. There he meets up with his friends Lino Abbav, Elle Vianno, Beecha Oleg and Mondo Agake. They figure that they could get a good deal from the escape pod but when Judau decides to open it Yazan (who should be dead after Camille's fiery beam saber attack) jumps outs and takes Beecha hostage. Yazan asks for clothes so Judau goes and gets some from his house. His sister Leina questions him but he leaves to return to the others. The Argama, badly damage from the last battle in Zeta, goes to Side 1 for repairs. Camille is now bed ridden and hardly moves. Fa decides to take him to a hospital, so she sneaks him in an ambulance. Meanwhile Judau and his friends give Yazan the clothes, and he finds out about the Argama so he takes the kids with him to destroy it and the Zeta Gundam. Yazan