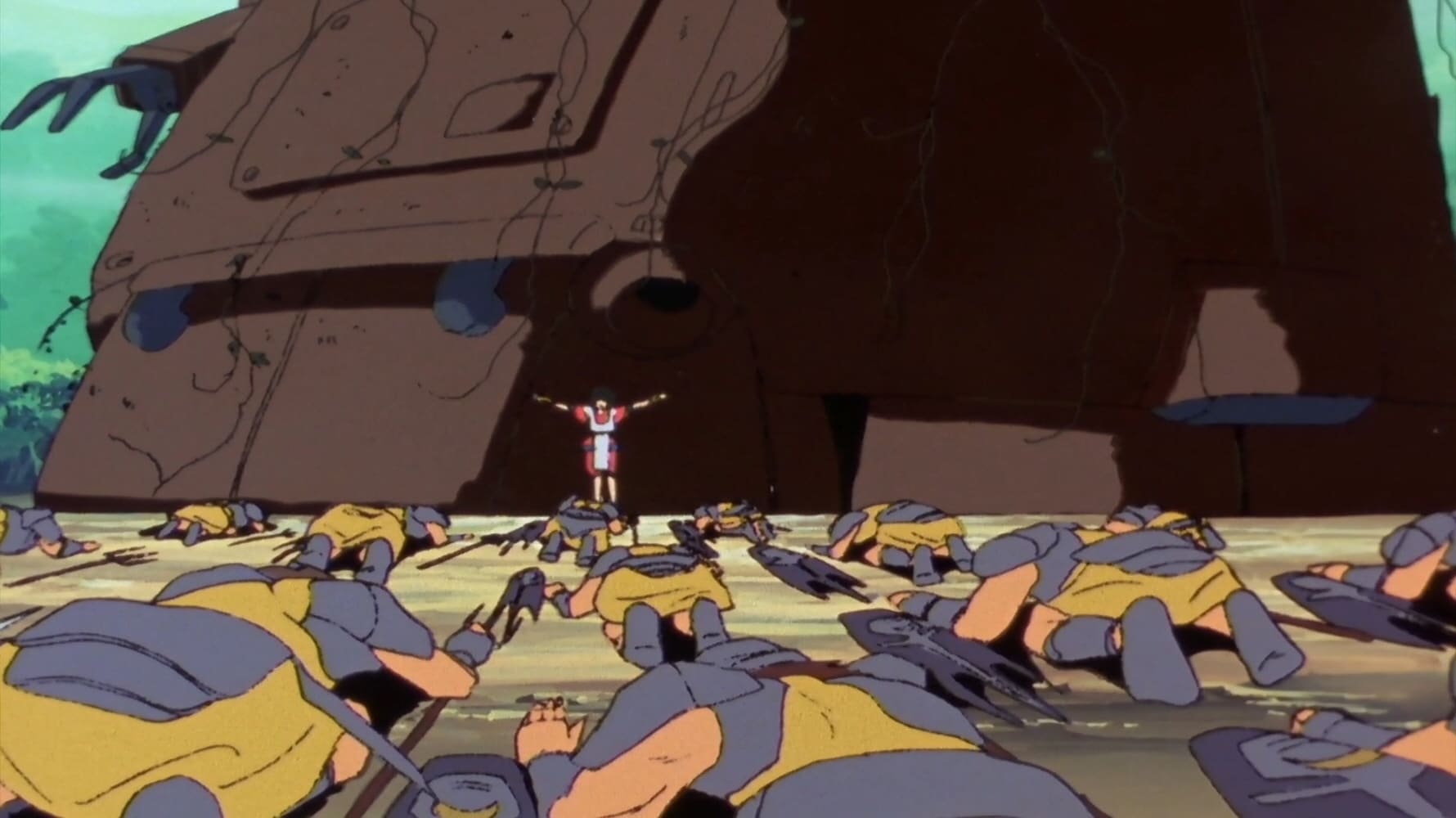 The ruler of the moon moon colony, Selasa tries to make Judau spread the word of the Race of Light. He denies, and slaps her. She reacts, and tries to put them in the dungeons, but they escape. Basically, they all go to their respective places, while Mondo, (previously known as Mondo) helps Lasala (the head of the rebels) get their got, Hoteyi, which is infact a mobile suit to work. She thinks that it'll convince the people of Moon Moon that the outside world isn't a great place to go. Meanwhile, Gremmi approaches on his ship, and blasts in to help the Endra, which is now under siege by the ZZ. He uses his new MS, the Bawoo, to take Lene from the Endra, then blasts off again, telling Judau that if he wants to see Lene again, he should exchange her for Loux.